To combat my innate propensity for pack ratting, I made the decision to digitise all my documents. Steve Losh wrote a fantastic article on how he went paper-free and much of my process is based on his flow. However, I wanted to lay out mine for posterity (and because I'm likely to forget what I did).

Scanning is taken care of with a Doxie One saving to an EyeFi Mobi wireless SD card. The Doxie is a small, lightweight scanner making it perfect for using whilst sat on the sofa. The EyeFi card makes a point-to-point WiFi connection with my desktop but acts as a buffer while scanning, so I tend to sync the images it contains after scanning batches. It also means my desktop can be off/asleep while I'm scanning elsewhere. Although this had some downsides, which I'll discuss later.

On the desktop I have the EyeFi software configured to download files from the SD card to ~/Scans/Eye-Fi. The "Organize by date taken" option puts the images into sub directories. 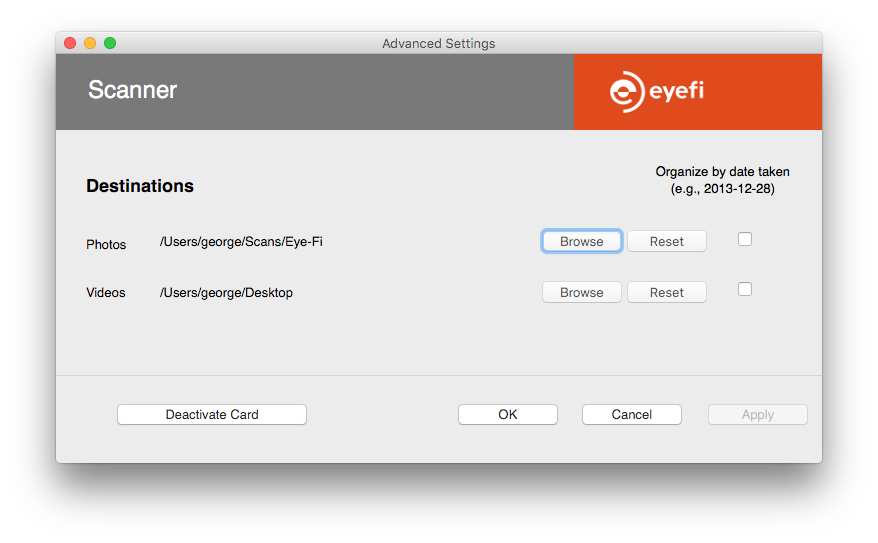 Hazel is configured to monitor the EyeFi sync directory for images. These images are renamed using the modified date; the # avoids overwriting files. Once renamed, the images are opened with the OCR software: 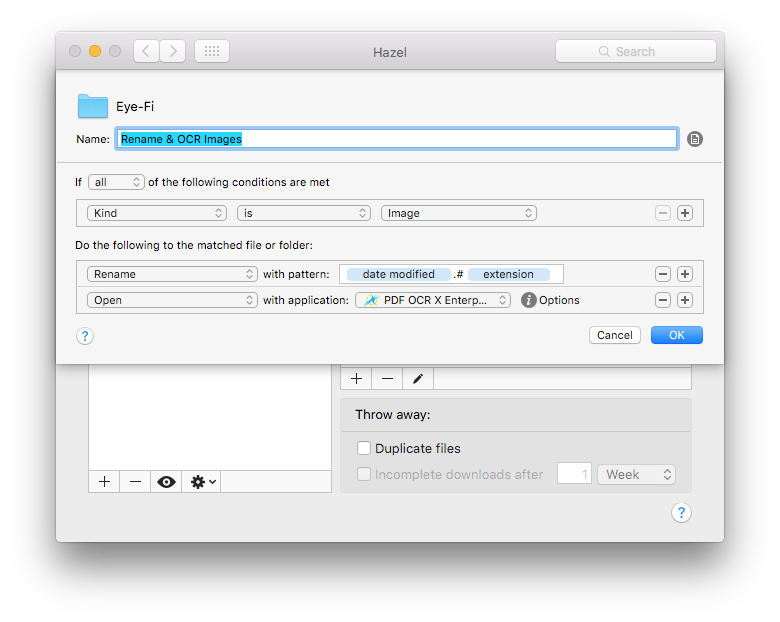 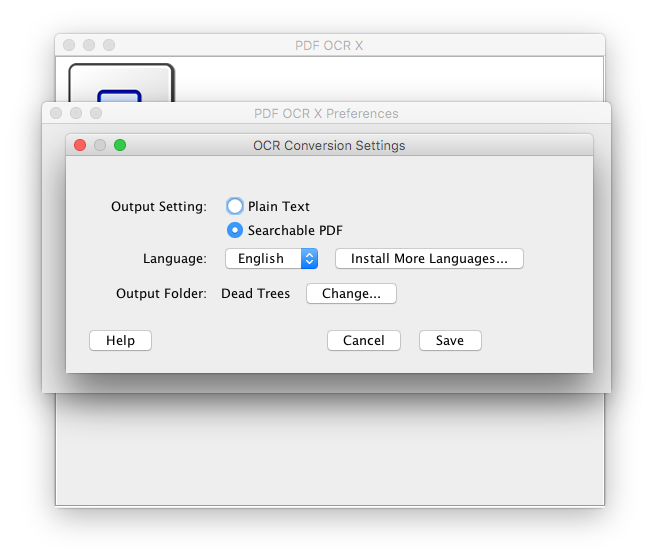 Hazel watches the Dead Trees directory to perform a bit of house keeping. It trashes (instead of deleting - just in case) the original images from Pending OCR using some python: 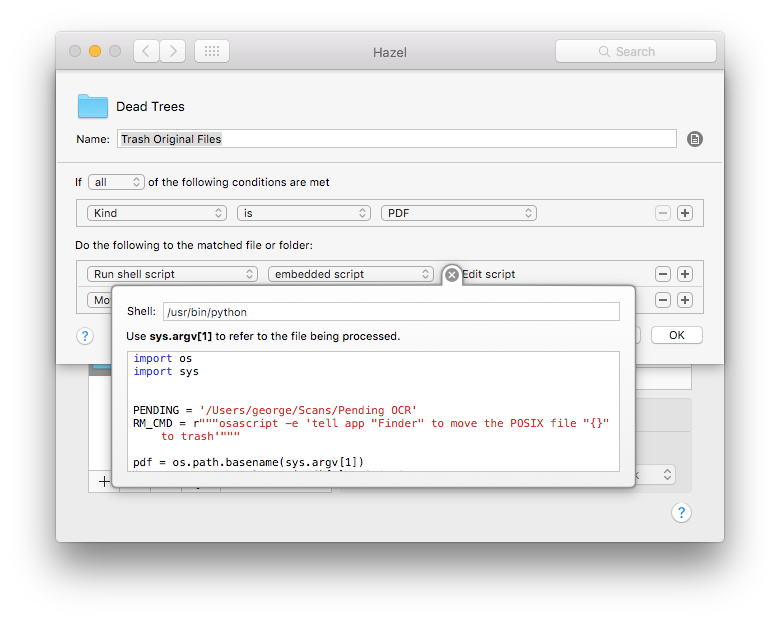 Image names are generated using the filenames of the PDFs Hazel sees so it only removes images that have been OCR'd. You can find the full script here. PDFs are then moved from Dead Trees to ~/Documents/Unsorted. 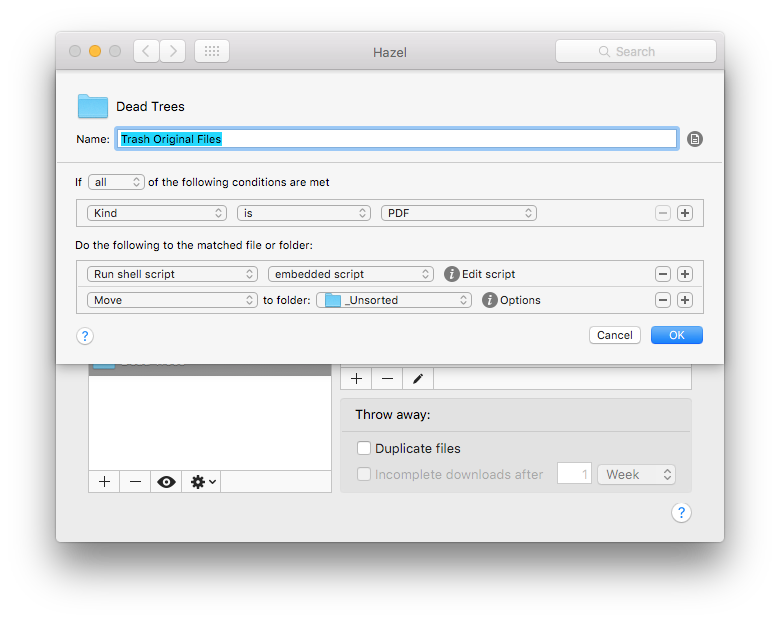 From the Unsorted directory I manually move the PDFs to an appropriate directory. If the document has a sent date then I change the filename to reflect that rather than the scan date.

The initial scan of my paper work took eight evenings! 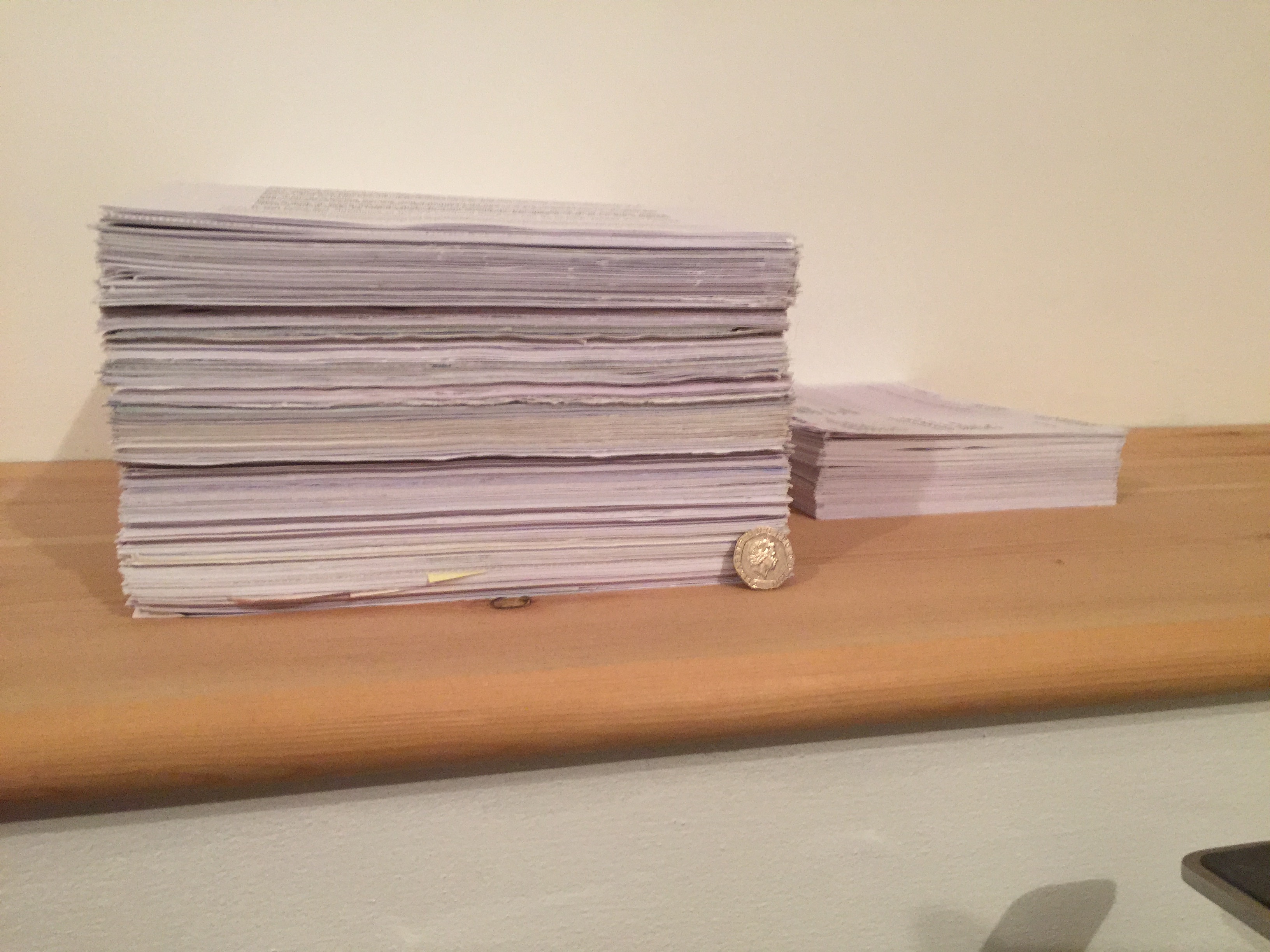 Now that the initial import is done, and I've a working directory structure, I scan my documents every 1-2 months and it takes 30 minutes at most.

This is all working smoothly now, but there are some downsides:

However, none of these are a big enough issue for me to shell out more money on a new scanner.