I've had pet peeves with standard layout keyboards for as long as I can remember. The slanted and unbalanced layout has always seemed so illogical to me. I'm aware of the history behind their design, but whereas so many other things have been improved on computers, keyboards have remained essentially untouched (at least in layout).

My first attempt at doing something about this was an ErgoDox, which is a matrix layout, fully firmware programmable, split keyboard. Building it involved buying all the parts from Massdrop, learning to solder, "borrowing" the kitchen table for a weekend, and a couple of singed fingers.This was the first time I've really done a hardware project and it was fascinating to dive into that world. 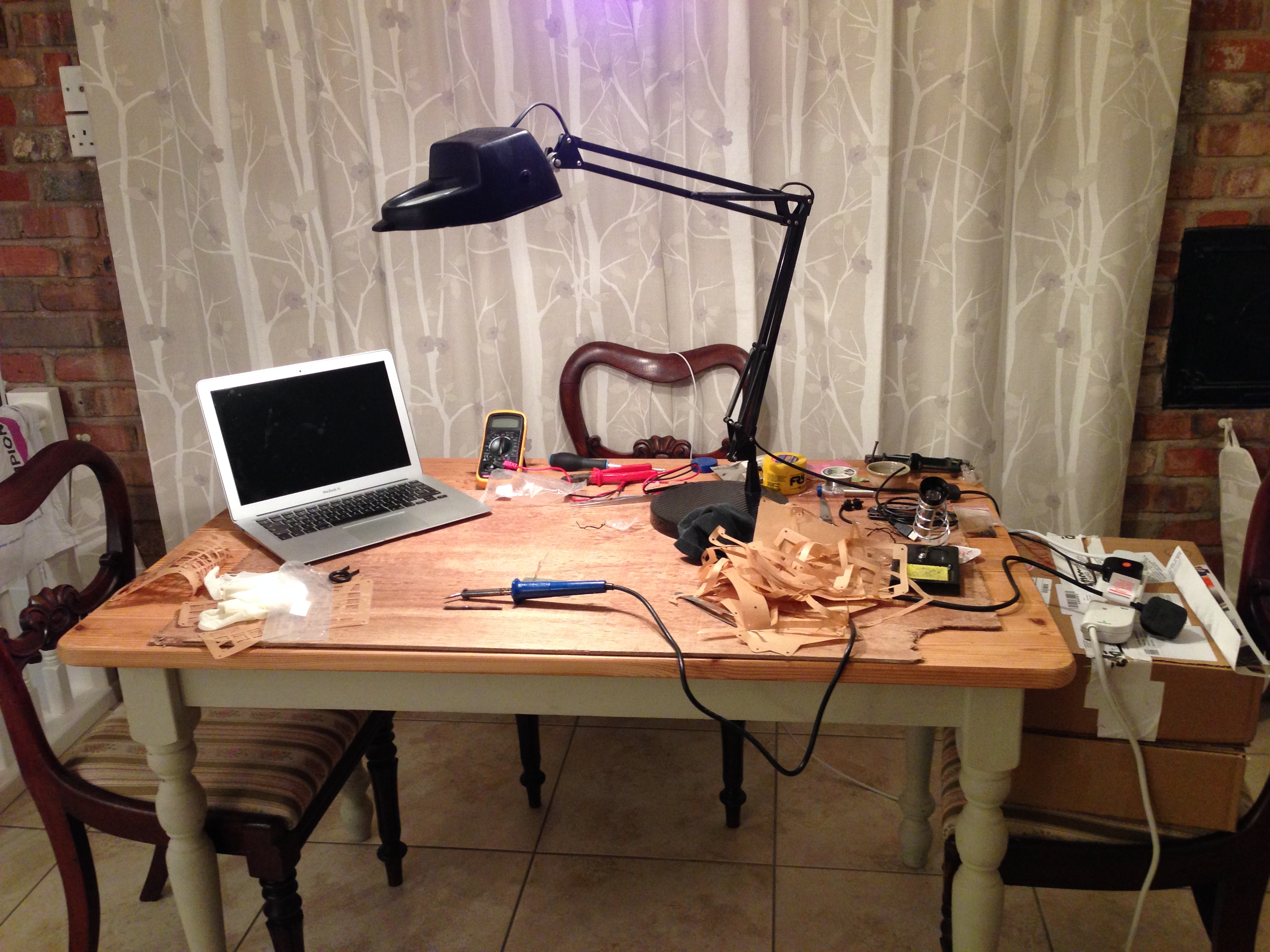 I have the standard edition (as opposed to full hand with wrist wrests built into the case) with Cherry Brown switches and black, blank PBT DCS keycaps.

Initially I tried to learn Norman, thinking I would treat it as an entirely separate input device and easily maintain my QWERTY typing speed. I lasted about 3 months but the mixed results eventually put me off. My QWERTY suffered slightly (down ~10wpm with prose, more with typing); I got up to ~85wpm in Norman writing prose but programming in it was a nightmare. Luckily switching to QWERTY wasn't too hard, but did involve learning it on the ErgoDox. Please don't take this as a reason to not try Norman, it's a fantastic layout and was noticeably nicer to write prose with.

Configuring the layout of an ErgoDox feels very similar to tweaking an editor config so obviously I've enjoyed many hours doing just that. Massdrop provide a really useful online editor which is a great place to start. When you need more functionality the tmk keyboard project is great but requires editing C files.

The ErgoDox uses a layer system, essentially modifier keys on steroids. Layers are pushed and popped from a stack and each layer is a completely separate keyboard. Keys can be assigned to push, pop, and switch layers (switch layers appear to work by pushing on key down and popping on key up). My current firmware makes use of this by switching to media keys when the inner wing keys are held down. However a gaming layer may appear in the future so I only need the left-hand side in-game.

You can find my full QWERTY-based on github.